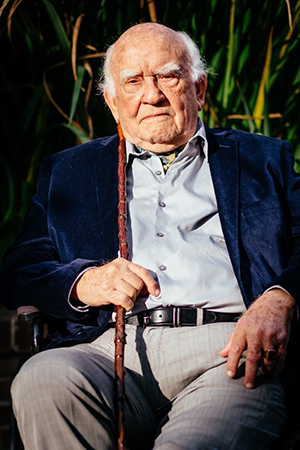 Charles Bouitton is played by Ed Asner, a television legend, the winner of seven acting Emmy. He is primarily known for his role as Lou Grant during the 1970s and early 1980s, on both “The Mary Tyler Moore Show” and its spin-off series “Lou Grant”, making him one of the few television actors to portray the same leading character in both a comedy and a drama. He is also known for portraying Santa Claus in the comedy film “Elf” (2003) and its animated remake “Elf: Buddy’s Musical Christmas” (2014).

In 2009, he starred as the voice of Carl Fredricksen in Pixar’s animated film “Up”, and made a guest appearance on “CSI:NY” in the episode “Yahrzeit”. In early 2011, Asner returned to television as butcher Hank Greziak in “Working Class”, the first original sitcom on cable channel CMT. He starred in the Canadian television series “Michael, Tuesdays and Thursdays”, on CBC Television and has appeared in the 2013 television series “The Glades”. Asner has most recently starred as Guy Redmayne, a wealthy, homophobic billionaire who supports Alicia Florick’s campaign in the sixth season of “The Good Wife”. 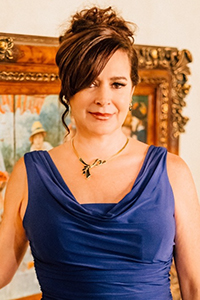 Sean Young began her film career by acting in “Jane Austen in Manhattan” for Academy Award nominated director James Ivory. She followed that up in the comedy hit film “Stripes”. Soon, important directors were casting her in their films, such as “Young Doctors in Love”, “Dune”, and “Blade Runner” in which she famously played opposite Harrison Ford.

She continued to star in numerous films including “No Way Out” along side Kevin Costner and Gene Hackman the world famous comedy “Ace Ventura: Pet Detective” opposite Jim Carrey. She also appeared in countless TV Shows including CSI: Crime Scene Investigation, Third Watch, Boston Public and Reno 911! 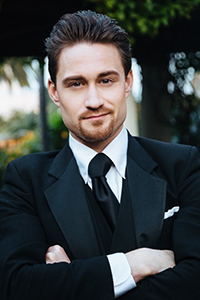 A multi award-winning actor, writer, director and producer, Brendan Bradley trained at The Royal Academy of Dramatic Arts in London and NYU’s Tisch School before beginning a career developing dozens of original plays and musicals Off-Broadway. Since moving to Los Angeles, he has built a name in over 100 digital shorts and sketches, earning over 40 million views and working with some of the most recognizable faces and brands online.

Currently, Brendan is known as the national spokesperson for Staples and multiple television guest appearances ranging from CBS’s Elementary to Disney’s Wizards of Waverley Place. Brendan’s film work has been featured in festivals world wide, most notably The Sundance Film Festival, SXSW and Methodfest.

BROOKS ALMY (Ms. Pruitt) Film, TV and Broadway actress known
for “Anastasia”, “The Thirteenth Floor” and “Life” among many others.

CANDICE AZZARA (Aunt Clara) Film, TV and Broadway actress
known for “Catch Me If You Can”, “In Her Shoes” and “Ocean’s Twelve”

JILL-MICHELE MELEAN (Kristen) made a name for herself in the Comedy Television world
with memorable performances on FOX’s “MadTV” and Comedy Central’s “Reno 911”.

CHRIS ASHWORTH (Luke) is best known for his work as the character of Sergei Malatov,
aka ‘The Russian’ on HBO’s critically acclaimed television program “The Wire“.

ALISON ENGLAND (Paulette) Film, TV, Broadway and Opera performer known for her roles in
“The Gestapo vs. Granny”, “Smothered by mothers” and the hit TV show “Dharma & Greg”.

JEFF DOUCETTE (Maurice) Renowned television and film actor. Doucette has appeared in over 92 films and
television series including “Splash”, “All The Way”,, Desperate Housewives”,“Splash”, & “Doctor Dolittle”.

MARINA BENEDICT (Magdalen) is a multi-award winning actress. She is best known for
her starring role on the Golden Globe Award Nominated “Flesh and Bone” and her starring
role on “Prison Break”. Other credits include “Criminal Minds”, “True Blood” & “Torchwood”.

ADAM KORSON (Josh) is a Canadian actor, best known for his lead role as Harry in the Canadian sitcom “ Seed”. In his early years
in Toronto, Adam starred as the Chairman in “The Mystery of Edwin Drood”. Other credits include “Hot in Cleveland” & Imposters”.

ANDRE GORDON (Larry) In 2015 Andre Gordon and the cast of Jungle Bunch won the International
Emmy Award for best Kids Animation Show. Andre’s Film & TV credits include: “Cross”
“The Wedding Day” “MAD TV”, “Scrubs”, “Phineas and Ferd” and many others.

NATALIE BRITTON (Frankie) is an actress and producer, known for
her roles in “Fuller House”, “Doubt”and “NCIS: Los Angeles”.

CASEY KRAMER (Mary) is known for her work on “Transparent”, “Mississippi Requiem”,
“On the Revolutions of Heavenly Spheres” and “Behind the Candelabra”.